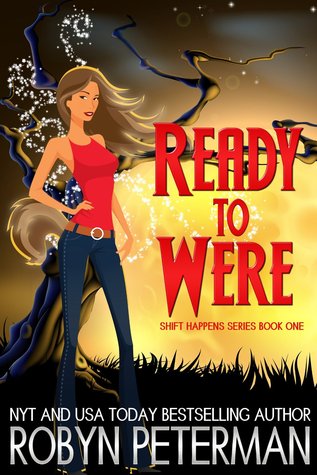 I never planned on going back to Hung Island, Georgia. Ever.

I was a top notch Were agent for the secret paranormal Council and happily living in Chicago where I had everything I needed – a gym membership, season tickets to the Cubs and Dwayne – my gay, Vampyre best friend. Going back now would mean facing the reason I’d left and I’d rather chew my own paw off than deal with Hank.

Hank the Tank Wilson was the six foot three, obnoxious, egotistical, perfect-assed, best-sex-of-my-life, Werewolf who cheated on me and broke my heart. At the time, I did what any rational woman would do. I left in the middle of the night with a suitcase, big plans and enough money for a one-way bus ticket to freedom. I vowed to never return.

But here I am, trying to wrap my head around what has happened to some missing Weres without wrapping my body around Hank. I hope I don’t have to eat my words and my paw.

***This novella originally appeared in the Three Southern Beaches collection released July of 2014. This is an extended version of that story.

I had read and enjoyed the first three in her Hot Damned series, so when this one popped up as a freebie I snapped it up, and it has been languishing on Mt. TBRdoom ever since. It is still free if you are thinking about picking it up.

This is something like a cross between Maryjanice Davidson and Eve Langlais; pure, unbridled, over the top ridiculousness. Essie is vapid and high octane and self absorbed, and when she feels she’s been betrayed by her fiance she sneaks off in the middle of the night to go become become a WTF (Werewolf Treaty Federation) Agent.

So there are a few things that could turn some people off. One is of course the aforementioned ridiculousness (I adored it, but YMMV). The other issues are that this is a fated mates, Big Mis, AND Big Secrets all wrapped up in one over the top package. There is also a bit of time where Essie is a just a twit and overly like a doormat. The rest of the time she relatively kick-ass, so I found it if not forgivable, then at least acceptable.

Which all makes it sound like I didn’t like it, but I did, it was funny. But those were my issues with it. But the characters were hilariously funny caricatures, the mysteries were just too ridiculous for words, and I found myself wanting to read more of their shenanigans. It was simply put, fun.

There is just one description for this story, and that is “over the top”. I had to stop myself from using it even more than I already have. But if you like Maryjanice Davidson and Eve Langlais, and have an hour to read, I definitely recommend this freebie.

3 thoughts on “Review – Ready to Were by Robyn Peterman”