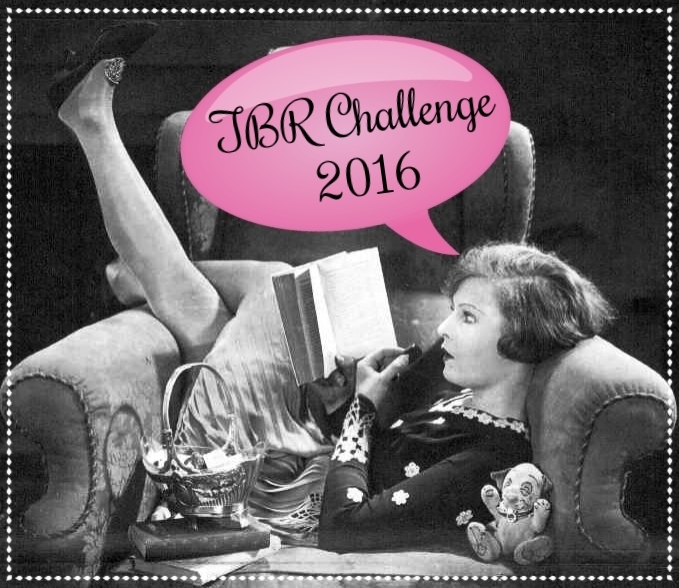 I decided to participate in a TBR Challenge this year after lurking around them for a number of years. My actual owned TBR honestly isn’t that bad as far as numbers go, because I used to be too broke to hoard, and once I could I had mainly switched to digital, so it made sense to make my TBR as virtual as my books. Where I have gotten myself in a small bit of overload is that I then discovered ereaderIQ and I uploaded my whole wishlist to it and have been picking these books up either free or when they are under a dollar, often without considering if I even want them any more. 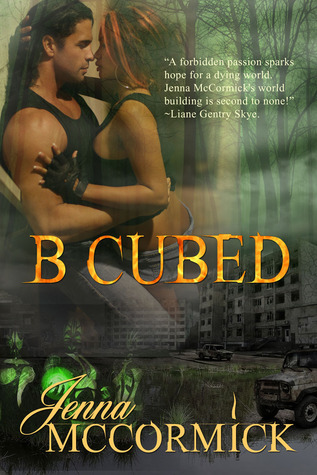 Bred: Genetically engineered slaves who are the protectors of the Born.

Borg: The cybernetically enhanced enclave that split from the Born humans.

These three factions are all that remains of the human race after the world stopped turning. Scavenging in the darkness for what little is left, the war between them rages on though few know why. It begins with a child’s prophesy and can only end when they unite.

From the moment he spies her silhouette cast by the bonfire, Cormack understands what it is to yearn for something he will never possess. Breds are made to provide for the natural born humans, dig their homes deep beneath the surface of the earth and to protect them from the ever-present cyborg threat. A Bred who reaches beyond his station will be recycled immediately, yet Cormack cannot get her visage out of his mind. Until he unearths a box, buried long before the earth stopped spinning.

Task Mistress Allora has no wish to brutalize the Bred worker she finds hoarding treasure, but as a servant of the colony that raised her from infancy, she is duty bound to report anything unusual to the Overlord, even if it costs the blue-eyed man his life. Yet something about the way Cormack watches her forces Allora to reevaluate her understanding of right and wrong. For this genetically engineered soldier is her only protection against the cyborgs who seek what they have discovered, a journal written by the prophetess Cassandra and a way to end the warring between the factions forever.

This month’s theme is “We Love Short Shorts”, which I actually kind of don’t. I usually only pick them up as part of an established series I am reading and I read them immediately, so there wasn’t a lot on my TBR that fit except for serials I picked up because they were free and by favored authors (but then I never read them because I looked at how much they cost over the whole span of the serial and I gave up). So this is as close as I could come. It is 106 pages, it has been on my TBR for a  number of years, and I actually bought it 02/12/2015 when it hit the low price of free. I think as much as anything I haven’t read it because I was toying with not starting the series until I had picked up the whole trilogy, but I still don’t have the third one. The rest of it is that it just fell off my radar. No time like the present though.

So I think this went on my TBR when I was having a major love affair cyborgs. Plus it is post-apocalyptic dystopian, which we all know I can’t pass up. I wish I could remember how I came across this book, but I have only recently been tracking in any sort of way why I added something to my list, and frankly I am still pretty horrible about it.

Anyway, about this particular book. It began with a prophesy before the world as we know it. Poor Cassandra, always born knowing the future but cursed that none should believe her. Or at least most. Unfortunately it is the ones who did that spawned the wars and horrors. There is very much a chicken and egg situation here. Did the things come about because that was what was always going to happen? Or did they come about because they knew and believed the prophesy and sought to twist it to their own ends? Having read the book, I still don’t really know because we just don’t have enough information.

This book is just super short, and really I think that is a shame, because the bones were there for something rather epic. But short as it is, as much as I liked it, it still left me feeling somewhat unsatisfied. I just wanted more. Now, there are more stories in the series, but it appears they don’t focus on these two characters to further the overall plot.

As for the two main characters, Cormack and Allora are two very interesting characters with histories and futures shrouded in mystery. There are also some slightly uncomfortable power dynamics from start to finish. It is often unsettling, I mean he is a slave and she is an overseer with the power of life and death over him. You get just the barest of sketches of who they are as people, but it is just enough to make them just real enough to actually care.

The BAM! Plot twists and the story is basically over. Seriously, the book is so much shorter than I wish it were, but I’ll definitely be pulling the next book out of my stack. I can’t wait to find out what else Cassandra has up her sleeve.