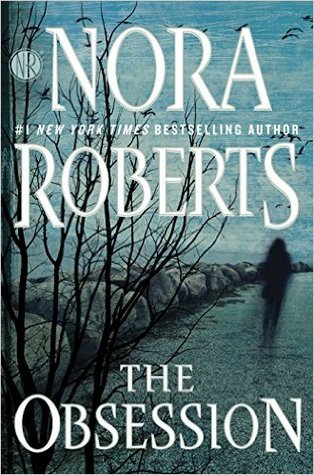 Naomi Bowes lost her innocence the night she followed her father into the woods. In freeing the girl trapped in the root cellar, Naomi revealed the horrible extent of her father’s crimes and made him infamous.

Now a successful photographer living under the name Naomi Carson, she has found a place that calls to her, thousands of miles away from everything she’s ever known. Naomi wants to embrace the solitude, but the residents of Sunrise Cove keep forcing her to open up―especially the determined Xander Keaton.

Naomi can feel her defenses failing, and knows that the connection her new life offers is something she’s always secretly craved. But as she’s learned time and again, her past is never more than a nightmare away.

Nora Roberts (AKA JD Robb)is probably the most prolific author I read. And her books are LONG, and consequently for me, satisfying. Her writings fall into a few different categories: the long running Eve Roarke series, stand alone romances, stand alone romantic suspense, and interconnected characters in trilogies, quads or families (which often hold paranormal elements). Her standalone romantic suspense can further be broken down into ones devoted to  a current event plot (which may or may not be a multiple character arc), and ones that follow the personal growth from childhood into current events, like The Witness. The Obsession falls into the latter category.

The things that worked for me were the extended timeline which made Naomi more of a fleshed out character for me, the personal growth she experienced, the plot pet, and the strong relationships she formed with others, particularly a female friend. I am a sucker for romances that feature friendships and families outside the romantic one. The quaint and charming town juxtaposed with the gruesome and triggering suspense also worked well for me.

What worked a little less well was Xander. The only thing keeping him out of complete and utter Gary Stu territory was that he had a healthy sense of self esteem. He was just a little t0o perfect; mechanic, handy-man, multi-business owner, property owner, in a successful town band, well regarded by literally everyone in town, good with dogs and children and has a serious love affair with books (he even reads Austen). In short, absolute wish fulfillment and I found him slightly bland. I mean Roberts’ heroes are often a bit too good to be true, so I am not sure why I focused in on Xander more than others, but opinions are very subjective and personal.

It is ok though, the focus was much less on Xander and much more on Naomi. And I really enjoyed seeing her open up to herself and those around her, much like in The Witness, it is kind of my jam, though this story is much darker and uncomfortable than that one. So in my world view, perfect Xander gets to be the won prince in our heroine’s story. Hey, I don’t expect anyone else to go along with my skewed world view 😉

So I do recommend this one, albeit with the caveat that unless you are a die hard Nora Roberts suspense fan, you might want to wait to get it used, get paperback pricing, or borrow it from the library. It is good, but not really phenomenal $14.99 must pick up now good. If you aren’t a die hard Roberts fan, well, with over 200 books to her credit, chances are there’s something you haven’t read yet at around half the price, including The Witness which is $7.99 and which I think it is about to get a re-read from me.

7 thoughts on “Review – The Obsession by Nora Roberts”