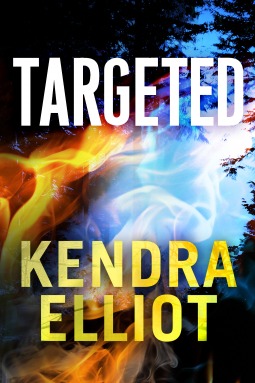 All Detective Mason Callahan wanted was a quiet fishing trip with the guys—a chance to get away and unwind before Halloween.

Until he finds the body of his boss, Denny Schefte, near their remote Oregon cabin. Now all he wants is to catch the sadist who slit Denny’s throat and covered his face with a mask. Mason was the last person to see him alive and will stop at nothing to find his friend’s murderer.

When the FBI learns of the mask left at the scene, they realize they have a serial killer on their hands—one who is targeting cops. They assign the case to Special Agent Ava McLane, despite her engagement to Mason. Barely recovered from her own nearly fatal injury and her sister’s attempted suicide, Ava hopes she is ready to chase another killer.

But as she delves into the increasingly disturbing case, the killer may be closer than expected—dangerously close.

I received an ARC of this book from the Publisher, via Netgalley, this does not affect my opinion of this book or the content of my review.

I’ve been with this series since the beginning. What attracted me was that it is a story about grown-ups being actual grown-ups, which has continued. Where we last left Ava she was broken, shattered even, and while the novel itself was complete we were nowhere near actual closure for Ava. It has been a long wait, but in the end totally worth it! As this is the 4th book in the series, I don’t think I can write much without spoiling previous books, so readers beware.

Ava has been healing-physically and mentally, she’s taken a crucial step back from her sister Jayne. While she is struggling to work out the details of her wedding, her relationship with Mason seems strong and secure.

The mystery though, dang it was twisty.  Elliot has some kind of gift for flowing (there’s no other word for it) through a twisty mystery. Cops are being murdered and we work through the search for connections with the cops, and it is fascinating. And her monsters, so sympathetic, and human, and…horrifying. This one was particularly creepy and sad.

We also get some more insight into Ava’s life and mindset, and a big shock from her past pops up. That seems set for resolution in the next book and should make for interesting fodder. There was only one weird/off note for me, which I can’t really say much about because it would be a major spoiler. It is just that there is an area of angst that didn’t hit right for me. As I have completely harped on, these are grown-ups here, and there are some things that in my experience you just don’t really flip-flop that much on. I don’t know, that may just be my own personal baggage coming to the fore.

In any event it was a great installment and I look forward to the next one. I’ll probably also take the jump to the spin-off Mercy Kilpatrick series.